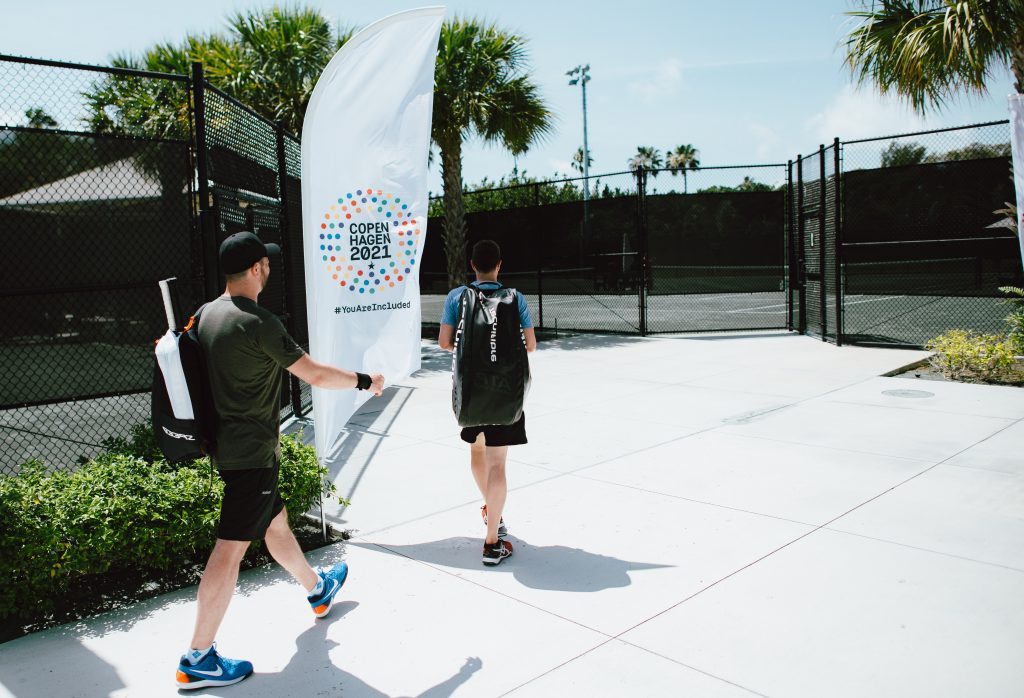 It came as a surprise when the World OutGames Miami was cancelled due to “financial burdens” only hours before the event was scheduled to start. Rowen D’Souza from Australia went to Miami to play tennis, and he was obviously disappointed:

– My teammates and I flew all the way from Australia only to learn that our tennis tournament was canceled. We were all very choked, he says. – We’ve spent a lot of money to come here, and we were really looking forward to taking part in this event and play some tennis.

But when Rowen learned about the news, he moved quickly to make lemonade out of lemons and see if an alternate event could be organized. In less than 48 hours, he succeeded in putting together a two-day tennis tournament for all those tennis players who had traveled to Miami.

Rowen also praises the Copenhagen delegation for stepping up and organizing social and cultural events for athletes throughout the week.

– The Copenhagen team has been really great in putting on some awesome shows, says Rowen D’Souza. – The party they hosted on Wednesday night was amazing and exactly the kind of party that the organizers should have put on every night! Thanks to Copenhagen, the athletes still had a chance to enjoy themselves.

Copenhagen is bidding to host WorldPride and EuroGames in 2021, and Rowen is already excited about the prospect of celebrating the two events in Copenhagen:

– The Copenhagen team has been incredibly professional, even in the middle of utter chaos here in Miami. They’ve really stepped up to the challenge to put on a show anyways. I believe that their event will be very well-organized, and my teammates and I are already excited about attending Copenhagen 2021.

The alternate tennis tournament was supported by the Gay and Lesbian Tennis Association (GLTA) with generous donations from the USTA and a personal donation from Greg Laroque and support from the Miami Gay and Lesbian Chamber of Commerce. Player entry fees also contributed to a successful profitable tournament which will be donated to local charities, as the players have been privileged to enjoy beautiful Miami Beach and want to give back to the community.