Bi Week: Three little words that made a world of difference to me 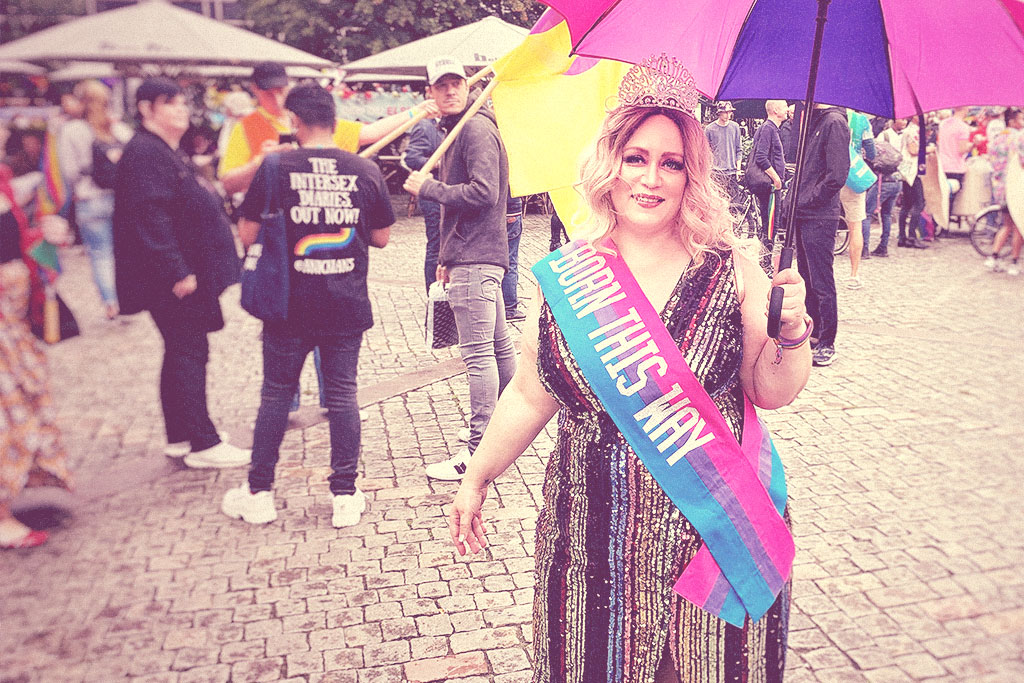 Camilla Engelby is the Graphic Designer at Copenhagen 2021. For Bi Week (16-23 September), she shares her story about coming out as Bi.

“I am bisexual.” There, I said it. I held my breath as I lifted my eyes to see how the others in the circle around the camp fire reacted. But there was an astonishing lack of reaction. This time, unlike my first coming out attempt, no one told me that bisexuals couldn’t be trusted, that no one likes bisexuals and other non-sensical and deeply hurtful bi-prejudice that exists. Instead of feeling heartbroken, wrong and ashamed I felt empowered and included.

This experience sent me on an emotional journey. Growing up I didn’t know anyone who – to my knowledge – was bisexual, so I didn’t know what bisexuality was until I was around 16. Now suddenly I found myself exploring my past. I had my first crush on a boy when I was in pre-school, but when did I have my first crush on a girl? And why did my young self suppress those perfectly natural feelings? I guess heteronormativity got me.

I also went on a shopping spree. Flags, pins, lanyards, tees, jewelry. At age 30 I had such a strong need to display my sexuality. Perhaps as a way of compensating for being unhappily in the closet for much too long.

But why is visibility so important to me?

It’s true, I can pass for straight. I’m a cis-woman and my spouse is a cis-man. But that doesn’t make me straight. Because the gender of my partner doesn’t define my sexuality. And yet I often find myself coming out over and over again. So why do I bother? Well for one I have no desire to erase such a vital part of my personality. In fact I want to proudly fly my colours and stand shoulder to shoulder with every other LGBTI+ person. Because there’s strength in numbers. Though the fight is different from nation to nation the battle for human rights is far from over.

Another reason to be out and proud and very visible is for future generations. I don’t want anyone to live through what I experienced on my first coming out attempt. When my gay best friend – that I’d known since I started school – shamed me back into the closet it was absolutely mortifying.

As a parent I’ve never concealed my bisexuality from my – now adult – child. I recall us one day discussing sexuality when he was in his early teens. We talked about how strange it is that being straight is considered the default sexuality. And he then promptly came out as straight.

But then a few years later, on new years’ eve during dinner, he casually stated “I’m bisexual” between sips of bubbly. He might as well have said ‘I’m going swimming next week’. He just said it matter-of-factly because he instinctively knew that he wouldn’t hear any prejudice from us, that he was in a safe place and loving space. And because he knew that he was included.

I am included … and so are you

It took me a few years from coming out in that circle of acquaintances and strangers, many of whom have since become very good friends, before I went to my first Pride. The shame and rejection from my first coming out attempt was still deeply rooted within me. But now ten wild horses couldn’t keep me away. I even spent my fortieth birthday at Copenhagen Pride in a sparkly bi-coloured mermaid costume and I had a fabulous time.

I’ve been looking forward to Copenhagen 2021 from day one, I was anxiously rooting for my city during the bidding and it’s almost unreal that it’s now less than a year away. And the fact that inclusion is such a priority is absolutely amazing. #YouAreIncluded