‘I already booked my plane tickets’ 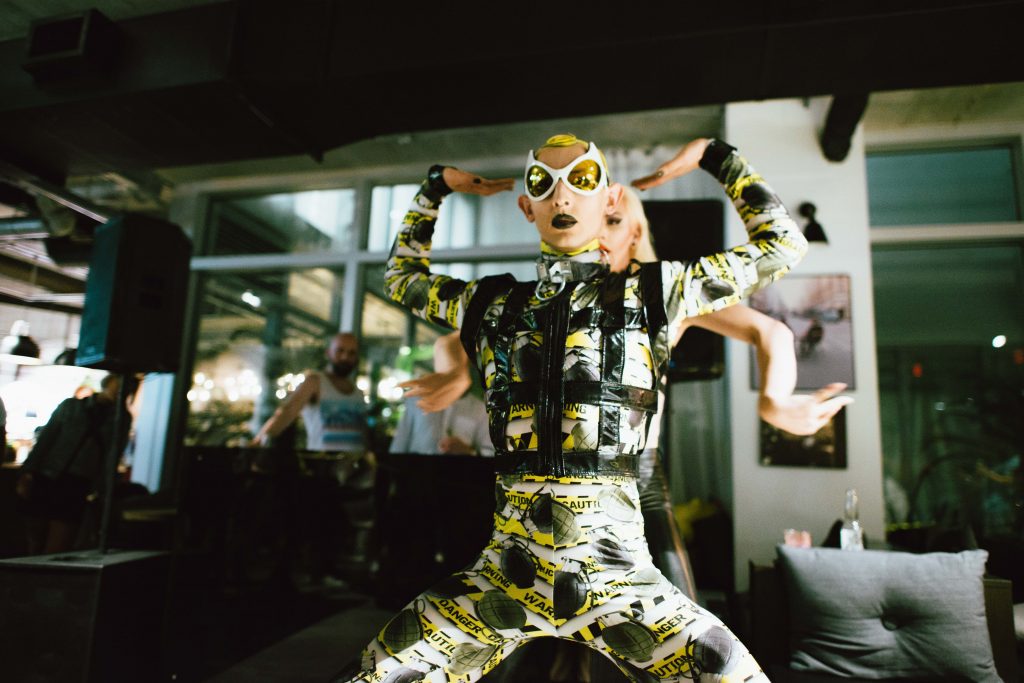 – I’m really enjoying the party and I’m having a blast, said Lionel from Switzerland, who was in Miami for the World OutGames. – I’ll definitely do my best to make it for Copenhagen 2021. Perhaps I’ll even get a chance to play handball, which wasn’t part of the sporting events here in Miami.

Acrobat Michiel Tange van Leeuwen and drag queen Harley Queen did the first performance of the evening: A fierce inferno of voguing and dead drops.

Isabella from Miami was obviously excited about the party:

– We do have awesome parties here in Miami, but this is over the top, she said before doing a hashtag sign with her fingers. – #Copenhagen!

Her friend Selena was with her and she was just as impressed:

– We’re having a really great time! And now we have some extra reasons to go to Copenhagen, she said. – Also, the panda costume was quite original. I haven’t seen that before, she said with reference to the bartenders dancing on the counters in panda masks.

Mendoza took the party to the next level when she put on a great live performance.

Her show was followed by a drag show featuring Tinus De Schunard, Miss Megan Moore and Harley Queen shaking … their tambourines. And a strong diva performance by Di Di Cancerella was the cherry on top.

As the party closed down, Ko’ohu from San Fransisco told me:

– You guys better win your bids to host WorldPride and EuroGames in 2021. I already booked my plane tickets!

The party was graciously sponsored by Joe & the Juice in their newly opened location in Miami South Beach, 1600 Collins Avenue.