At the alternative closing ceremony of World OutGames 2017, Copenhagen impressed the audience 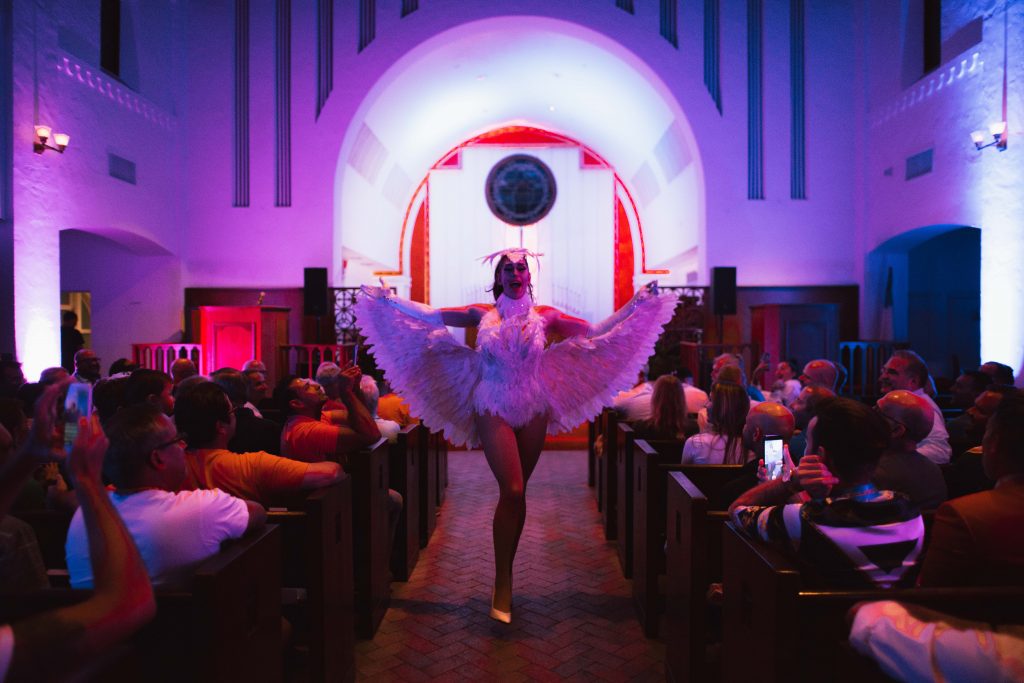 Hundreds of people gathered Saturday night for an alternative World OutGames closing ceremony, which was put on with tremendous effort from the local LGBTQ community, the City of Miami Beach and an astonishing entertainment production from Copenhagen.

As the show ended, Lori Lynch from the Hub at the LGBT Visitor Center on Miami Beach thanked everyone involved and gave a huge shout-out to the Copenhagen team:

– Copenhagen is bidding to host WorldPride and EuroGames in 2021, and we hope you’ll all join them for a spectacular celebration!

With the cancellation of the official World OutGames closing ceremony, no one expected much from the last-minute alternative that community leaders, local performers and a range of performers from Copenhagen put on. But once the show was over, it was clear that the crowd was impressed.

Michael from Fort Lauderdale noted that the show had put Copenhagen on his radar:

– Copenhagen has never really been on my list of places to see. But this show really opened my eyes and made me want to go!

Being a Cher impersonator himself, Michael was specifically impressed by the Copenhagen drag queens, which he called “incredible” and “beautiful”.

A similar excitement was shared by Kevin from London:

– The show was great. Your party at Joe & the Juice was spectacular. I’m sure your event in 2021 will be just as great, he said. – I’ve been to Copenhagen before, and I think it would be splendid to celebrate WorldPride and EuroGames in your city.

People are looking forward to Copenhagen 2021

Janneke and Petra from the Netherlands praised the show as well, saying that “it was very professional”. Having volunteered at LGBTQ sporting events since 1998, they also expressed excitement about the prospect of Copenhagen hosting WorldPride and EuroGames:

– In 2009, we really felt as if the event had taken over the whole city, they said with reference to Copenhagen hosting World OutGames in 2009. – We saw rainbows all over Copenhagen. It was nice. Everyone was very supportive. Hopefully, it will be the case again in 2021.