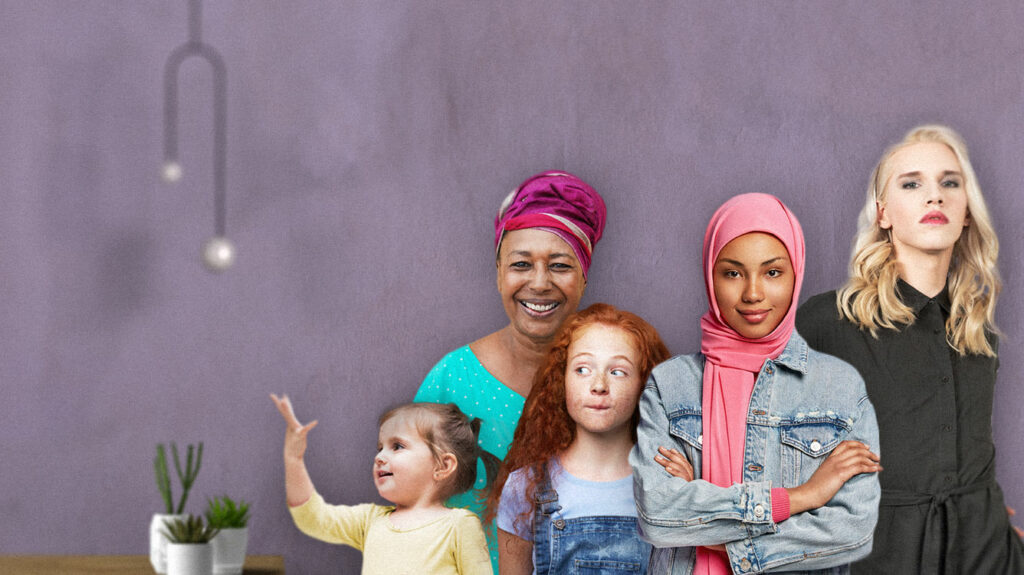 We asked you to help us put together a challenge manifesto for International Women’s Day by telling us three manifesto points that you think are the most urgent issues facing women globally, or you personally in 2021.

The lack of inclusion for trans women in public, cultural and work spaces, stigma around LGBTQ+ parenthood and the right to higher education for women are some of the topics chosen. But of the contributions, two challenges in particular stand out the most; The right to abortion and to stop men’s physical and mental violence against women and children.

UN Women is the United Nations entity dedicated to gender equality and the empowerment of women. Their statistics on violence against women show that ’Globally, as many as 35 per cent of women have ever experienced physical and/or sexual intimate partner violence, or sexual violence by a non-partner.’ Read more

COVID19 has affected us all in some way.  As usual, it is women who are hardest hit. According to UN Women, ‘Calls to helplines have increased five-fold in some countries because of the pandemic, as restricted movement, social isolation, and economic insecurity are increasing women’s vulnerability to violence in the home around the world.’

In addition to the pandemic which has spread, damaged and paralysed our world since 2019, there is – another difficult-to-eradicate challenge – the inability to give women equal rights. To succeed, we  all must realise that nice words alone don’t protect against inequality and that we all, regardless of who we are, all the time have an individual responsibility to make life better for women.

Thank you all for contributing with your thoughts and let us all have the courage to challenge injustices and inequalities to make the world more inclusive for all women all day, every day!

”The lack of inclusion for trans women in public, cultural, and work spaces. LGBTQ+ women face double discrimination based on their sexual orientation and gender identity. Inequity in work spaces for women.”

”Infantilisation – Using “girls” as a descriptor for women, not being seen as an adult being able to handle money/drive a car/take out a loan, “the perfect women” being seen as someone small, hairless, innocent – basically a child. Bodily autonomy. “Hidden” misogynistic lawmaking. Laws that seem objective, but in reality making life harder on women – think credit scores, insurance scores, maternity leave, salary-calculations based on agreements from the 1960s.”

”For me, a prominent issue in my life right now is stigma around LGBTQ+ parenthood. It’s extremely difficult to find (quality, inclusive) information about getting pregnant when you’re not in a cis man-cis woman constellation. Healthcare professionals aren’t equipped for this either in language or attitude, and there are multiple barriers to being seen as legitimate parents in society in general. A second issue that I think is urgent is the decriminalisation of sex work, and while this doesn’t solely impact women, it does, in general terms, impact women more significantly. For decades, sex workers globally have been calling for governments to move from criminalising legislative frameworks, which make working conditions for sex workers extremely precarious, to decriminalise sex work. Sex workers have also been heavily impacted by the COVID19 pandemic making access to employment rights, as well as basic safety and security, even more urgent. My last point is about economic inequality, which also disproportionately impacts women and girls. Our current economic system globally relies on the unpaid work of women and this mean we have a terrifying gap between rich and poor. Here is a great report from Oxfam IBIS.”

”Education – same right to high level education, being able to get higher education not being forced to work in the home or have to stay home. Health – research on women health issues, being taken seriously. Violence against women (by men).”

”Stop physical and mental violence against women, both domestic and from unknown perpetrators. The right to abort pregnancy must be protected and legalised where abortion is illegal. The right for girls and women everywhere to get an education and make their own livelihood.”

”Abortion – The right to your own body has to be self-evident. Prostitution – the female body as a commodity has to stop.The perspective from the queer community and “happy whore” is of course really important and true but the argument now I think is from a view that the world has some equality, its two different roads, the individual versus the structural. And also the argument of placing prostitution and trafficking like two different things is impossible in my mind. We need to start talking about class again, especially in a global world. Equal rights – The right to your own mind in and the being/rights of the society, to live, to do and all this also sums up in the physical and mental violence 2021 and (I think) this is still the big issues. ..Thats ironic and so sad – the female body and mind always is a battle ground.”

”The right to abortion. Consent during sex. Increased influence in politics.”

”End ALL violence (in any shape or form) against women and children. Gender parity in science – The important contribution that women scientist have in scientific progress and to society. Parity democracy – gender equality in political decision-making, guaranteeing women’s political rights, including intersectional factors.”

Neurodiverse women are often misdiagnosed or under diagnosed. Many are diagnosed with bipolar disorder, depression, anxiety or other mental health disorders. Subsequently the treatment they receive doesn’t help, it just leaves them feeling wrong or broken beyond repair – which can then lead to depression, anxiety and trauma.

Without the proper diagnosis, neurodiverse women are left without the proper tools or treatment that could help them avoid felling like a social outcast, experience loneliness, isolation, low mood, sadness, irritability, fatigue, and hopelessness. All because the root cause of these feelings are never addressed.

Text by: Anders Kungsman. Photo collage by: Camilla Engelby. The views expressed above are those of the individual contributors and do not necessarily represent those of Happy Copenhagen, Copenhagen Pride or Pan Idræt.

Don’t miss the #YouAreIncluded podcast on Thursday 11 March, where you meet some amazing women who have been fighting for gender equality and LGBTI+ rights from the 1970’s to the present day. This episode is all about feminism, activism and the power of women to change the world.