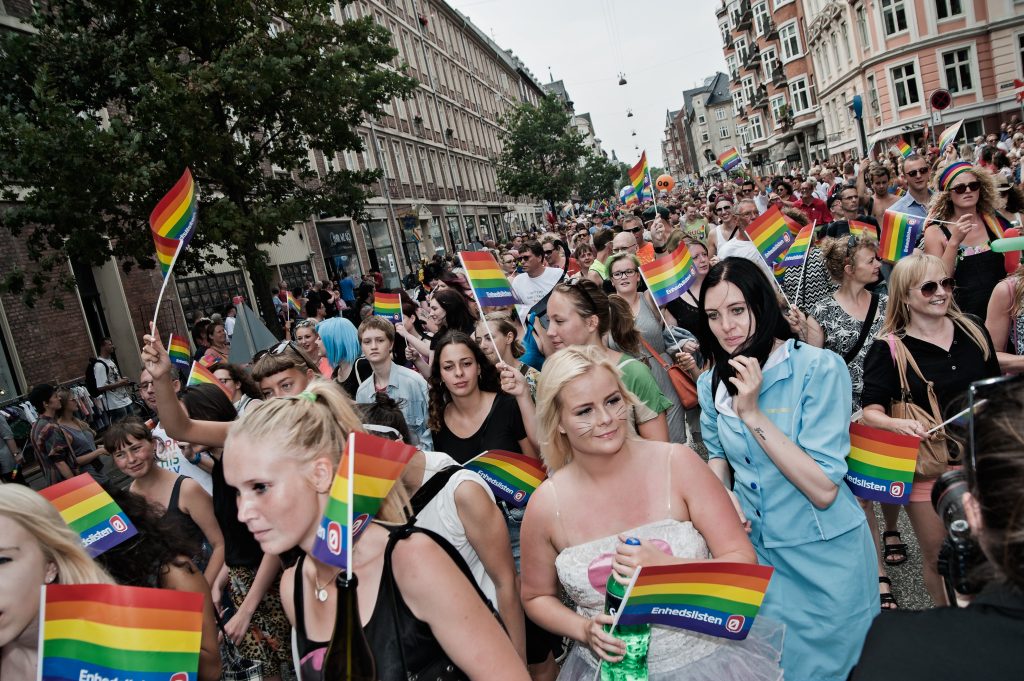 We think LGBTQ people from all over the world should do themselves a favor and come visit our city. Here are a few reasons why!

1. Copenhagen was named the most LGBTQ friendly place on Earth by Lonely Planet in 2014 and again in 2017. Furthermore, our city is nominated as one of the world’s top LGBTQ destinations at this year’s British LGBT Awards.

3. Copenhagen Pride is the country’s largest free-of-charge festival and the country’s biggest human rights celebration, which attracts hundreds of thousands of people each year!

4. Copenhagen is home to Centralhjørnet, which is often regarded as one of Europe’s (and perhaps even the world’s) oldest gay bars! It opened in 1917 and celebrated its 100th-anniversary last year.

5. Copenhagen hosts the annual MIX Copenhagen, which is one of the world’s oldest LGBTQ film festivals. This festival has screened movies exploring sexuality and gender identity since 1986!

6. For 34 years, Pan Idræt has provided a safe space for LGBTQ people to do sports and break a sweat. They have more than 900 members and more than 25 sports to offer.

7. In 2014, the Copenhagen City Council voted to name a central square by the name of Regnbuepladsen (Rainbow Square) to honor the trailblazers of the LGBTQ rights movement and celebrate the diversity of the city.

8. A permanent rainbow flag was put up on Regnbuepladsen last year as a daily reminder of the progress that has been made and the barriers still facing LGBTQ people around the world.

Copenhagen is an open-minded city where you can be yourself. Join us for Copenhagen 2021: WorldPride & EuroGames in Copenhagen and Malmö!