Only 35 minutes away: Here’s why Malmö is on board! 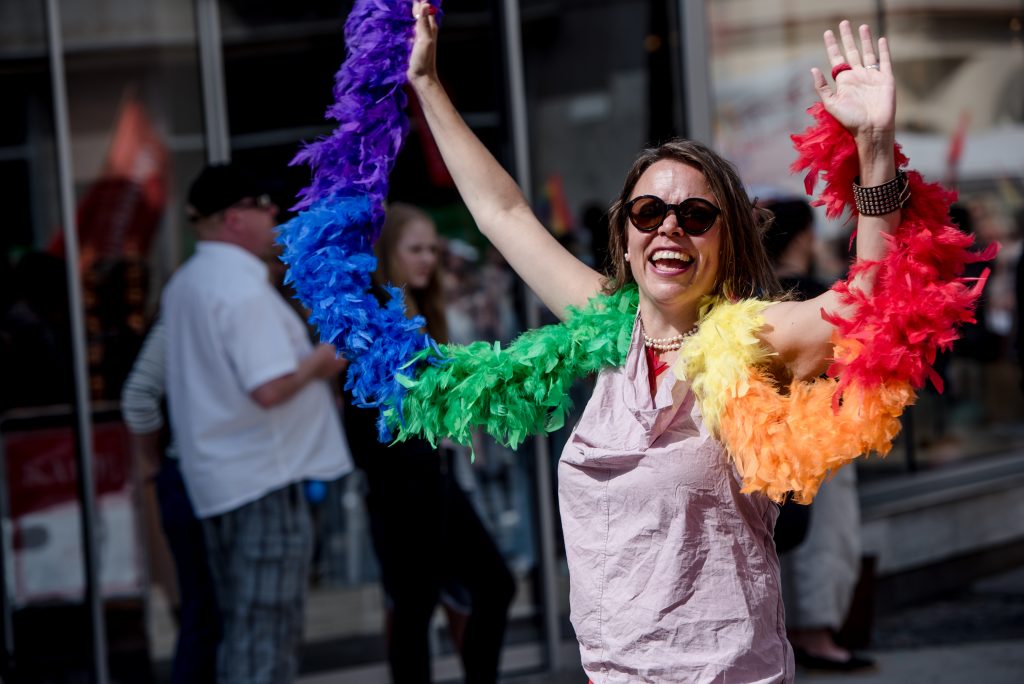 You may have heard it: Copenhagen 2021 will not only give you the pleasure of celebrating WorldPride and EuroGames in the streets of the Danish capital. In fact, we are working hard with Malmö Pride to make this event come to life on both sides of the bridge, so that the queer culture powerhouse of Malmö will also be adorned in rainbow-colors as part of Copenhagen 2021. Let’s steal a few minutes of your time to tell you why:

1. We want to build bridges

Around the world, politicians are trying to build walls between people. But after all, there is much more that unites us. This goes for the LGBTQ community as well. There is no country in the whole world that guarantees its LGBTQ people full equality. It’s fair to say that our struggles cross borders on so many levels – from the everyday micro-aggressions to the horrendous human rights violations. So instead of putting up walls, we want to build bridges by throwing an awesome, rainbow-colored party in Denmark as well as in Sweden.

2. It really only takes 35 minutes

But Malmö is in another country! Yeah, what’s your point? Traveling between Copenhagen and Malmö is easy peasy! To put it into perspective: Travelling from Kensington in the Western part of London to Stratford in the Eastern part of London can easily take about an hour, and you’ll have to change trains a few times. From you get on the train in Copenhagen ‘till you get out in Malmö, only 35 minutes will have passed by – and the train is a direct connection, so you just have to sit down, relax and be ready to party on when you arrive.

There are those who believe less is more. We don’t swing that way. With Malmö on board, participants at Copenhagen 2021 will have so much more to explore and experience. Whether you’re an artsy type, a foodie, a shopaholic or a party monkey, Malmö’s got you covered. Don’t miss out on Moderna Museet, grab the chance and “fika” the Swedish way, discover gold in what others find to be thrash at the flea market on Drottningtorget, and don’t forget to dance the night away after a long day!

If all goes to plan, Pan Idræt will win their bid to host the LGBTQ sporting event EuroGames as a part of Copenhagen 2021. And Malmö will be an outstanding partner in organizing inclusive sporting events for thousands of LGBTQ athletes. The city has played host to numerous large-scale events in the past such as the World Junior Ice Hockey Championships in 2014 and the World Men’s Handball Championship in 2011. Furthermore, the city has made a tradition of hosting Malmö Open, the European Parasport Games, which brought together more than 2,500 athletes in 2016!