The permanent rainbow flag will honor the LGBTQ community 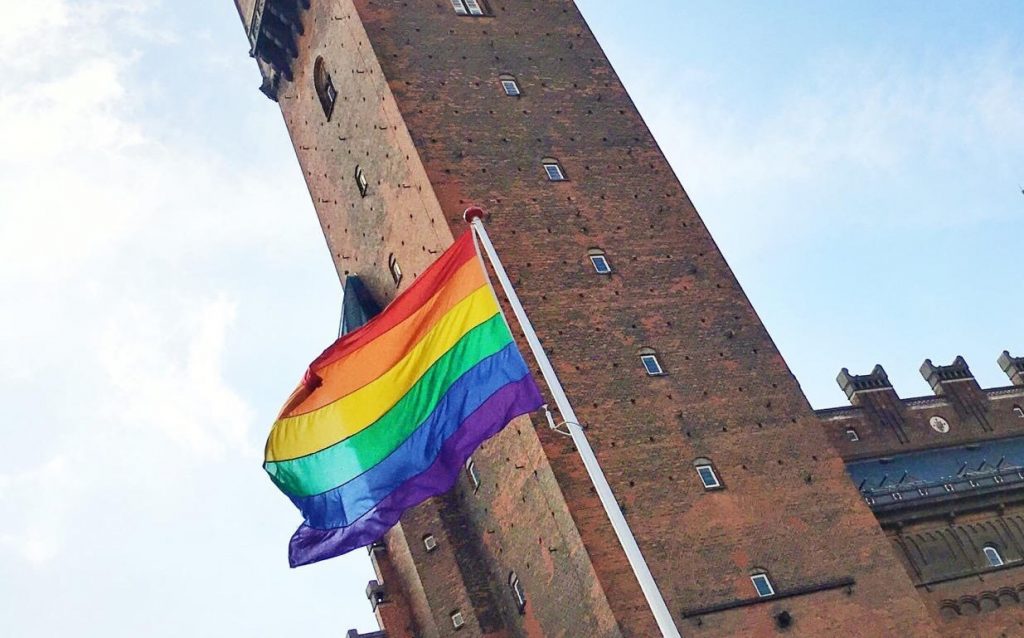 As an honor to the Danish LGBTQ community and a celebration of love and diversity, Copenhagen has put up a permanent rainbow flag.

– We are incredibly happy to erect a flagpole in the middle of Copenhagen from where the rainbow flag will wave permanently. It proves the strength of our united community. And we are delighted that the City of Copenhagen once again shows that diversity and equality are firmly established values of our city, says Lars Henriksen, chair of Copenhagen Pride.

When the City Council voted to approve the erection of the flagpole and the rainbow flag, Copenhagen Pride crowdfunded the necessary funds in less than 24 hours, a testament to the dedication of the Danish LGBTQ community. But Lars Henriksen insists that the flag will be just as much a reminder of the struggles of LGBTQ people as it will be a celebration of the LGBTQ community.

– We are witnessing horrendous persecution of LGBT+ people in Chechnya. We see increased pressure on the civil rights of LGBT+ people around the world. The rainbow flag will serve as a daily reminder of the struggles and barriers that LGBT+ people face.

The rainbow flag will wave over the Rainbow Square, which is located right beside the Copenhagen City Hall Square. The square was named so in 2014 in celebration of the 25-year anniversary of Denmark legalizing same-sex unions (as the first country in the world!). Putting up the rainbow flag over this square truly brings this story full circle.

– For many years, Denmark has been a champion of LGBT rights, and the world’s first same-sex union was entered at the Copenhagen City Hall. But our struggle for equal rights is not yet finished, neither in Denmark nor internationally. The rainbow flag will mark our historic victories, while reminding us of the fights still to be fought, says Morten Kabell, Mayor of Technical and Environmental Affairs, who also took part in the erection of the flagpole and flag.