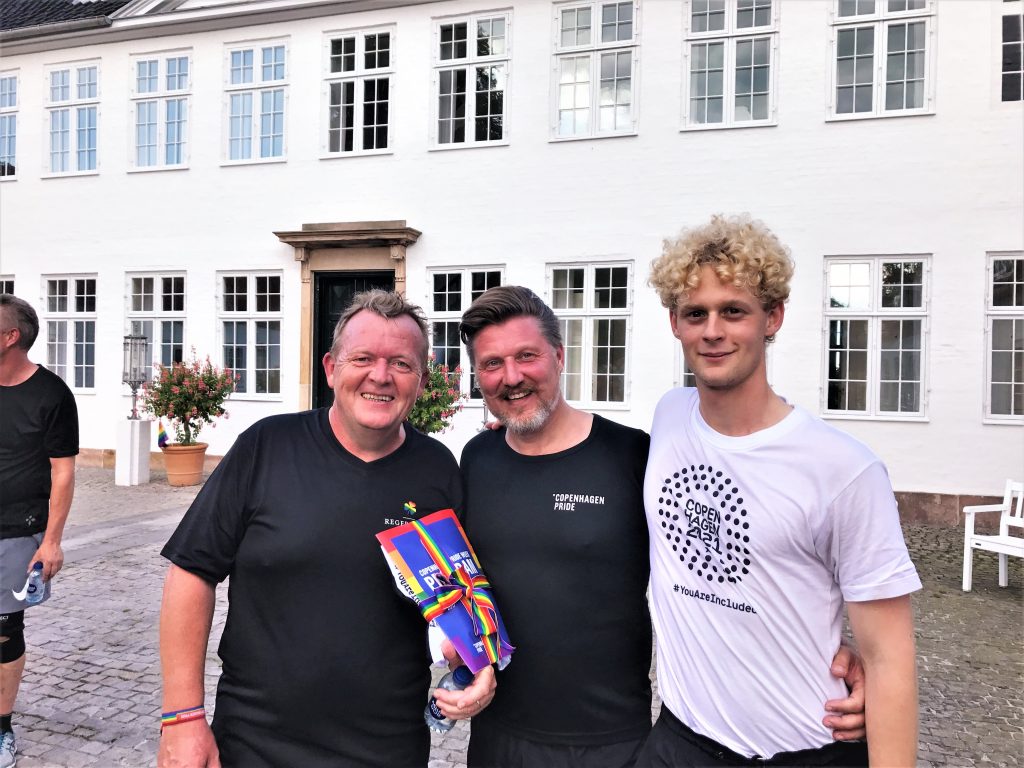 Run With Pride was the message from the Danish prime minister, when he hosted an open 5K run to celebrate diversity and kick off this year’s Copenhagen Pride Week.

It was a crowded field when Lars Løkke Rasmussen, the prime minister of Denmark, welcomed his running companions for the day.

– I am pleased that so many people turned out to join us for this run, he told the crowd. – We’ve hosted fun runs in the past with huge success, and I thought it was a great idea to use this run today as a platform to celebrate diversity and mark the beginning of Copenhagen Pride Week.

The prime minister himself is an avid runner and is known for inviting the public to join him on his runs from time to time. But this was the first time he hosted a Run With Pride.

– We are here to show our support for diversity and love. Our support for everyone’s right to love freely and be who you are, the prime minister said, standing in front of Marienborg, the official residence of Danish prime ministers since 1962. – And on these premises, prejudice has absolutely no place.

In 2016, the prime minister marched in the Copenhagen Pride Parade for the first time. Unfortunately, he is not able to do so this year, and the Run With Pride event, along with a reception on Thursday for Danish and international LGBTQ activists, is his way to show his support for Copenhagen Pride and the LGBTQ community.

He also used the Run With Pride event to once again state his and his government’s support for the Copenhagen bid to host WorldPride.

– I am proud to say that my government is wholeheartedly backing the bid to host WorldPride in Copenhagen in 2021. It will definitely be a wonderful celebration of diversity and love.

Copenhagen 2021 is the mega event that combines EuroGames and WorldPride for the first time ever.