The sale of 17 rainbow jerseys on an auction raised 23.787 kroner to fight homophobia in sport. 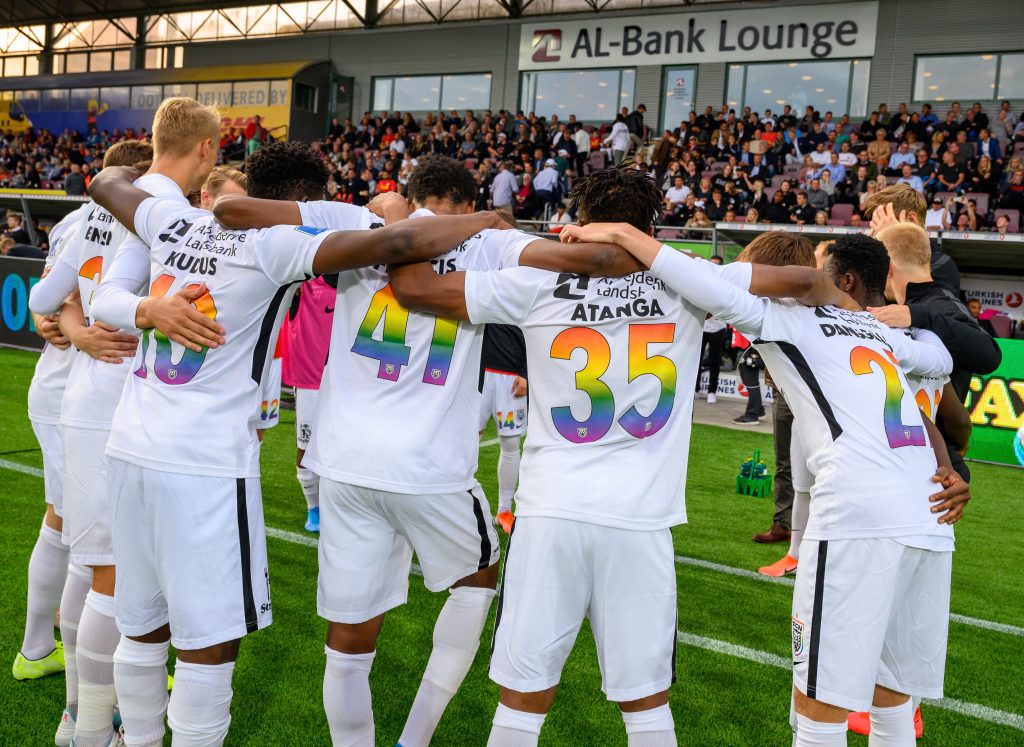 Pan Idræt and Copenhagen Pride are the two organizers of Copenhagen 2021 and their collaboration on a charity auction raised 23.787 kroner in support of the fight against homophobia and transphobia in sport.

During Copenhagen Pride Week 2019 the Danish football team FC Nordsjælland made history when playing the first ever Superliga match in rainbow colors to support the fight against homophobia in sports.

FC Nordsjælland subsequently donated the shirts to Copenhagen Pride and they decided to put them up for auction where all proceeds were donated to Pan Idræt – Denmark’s biggest LGBTI+ sports organization which has worked for more inclusion in sports since 1984.

– We are very grateful for this donation. We have been fighting for so long to kick homophobia out of sports and progress has been made. The past four years we have been working in the Rainbow Coalition with a broad range of sports and human rights organizations to fight homophobia. We are making a difference, but we won’t stop until we have erased homophobia completely from sports, says Christian Bigom, Chair Person of Pan Idræt.

Internet auction site Lauritz.com volunteered to put  the 17 football jerseys up for public sale, thus proudly supporting the fight against homophobia and transphobia in sport.

The auction is yet another example of the strong collaboration between Copenhagen Pride and Pan Idræt for the benefits of the LGBTI+ community. In August 2021 the two organizations will be organizing Copenhagen 2021, celebrating WorldPride and EuroGames, for the first time simultaneously

– Copenhagen Pride is happy to be the link between all partners in this venture to kick homo- and transphobia out of sports. We immediately decided that Pan Idræt should be the beneficiary of the proceeds and that they should be linked to our common cause in the Rainbow Coalition, says Lars Henriksen, Chair Person of Copenhagen Pride.

Copenhagen Pride and Pan Idræt are engaged in the Rainbow Coalition with Amnesty, DBU, Spillerforeningen, Danish Handball Association amongst others.

A small but important step

The donation of 23.787 kr. might be a small step in the fight against homophobia but it’s an important step. Copenhagen Pride and Pan Idræt believes that together and with external partners it will be possible to make changes for the LGBTI+ community worldwide using Copenhagen 2021 – WorldPride and EuroGames – as the platform to achieve these changes.

The historic jerseys worn by FC Nordsjælland secured them a 2-1 victory in the Danish Superliga against OB back in August of 2019.