Swedish footballer Antonio Hysén had the courage to come out 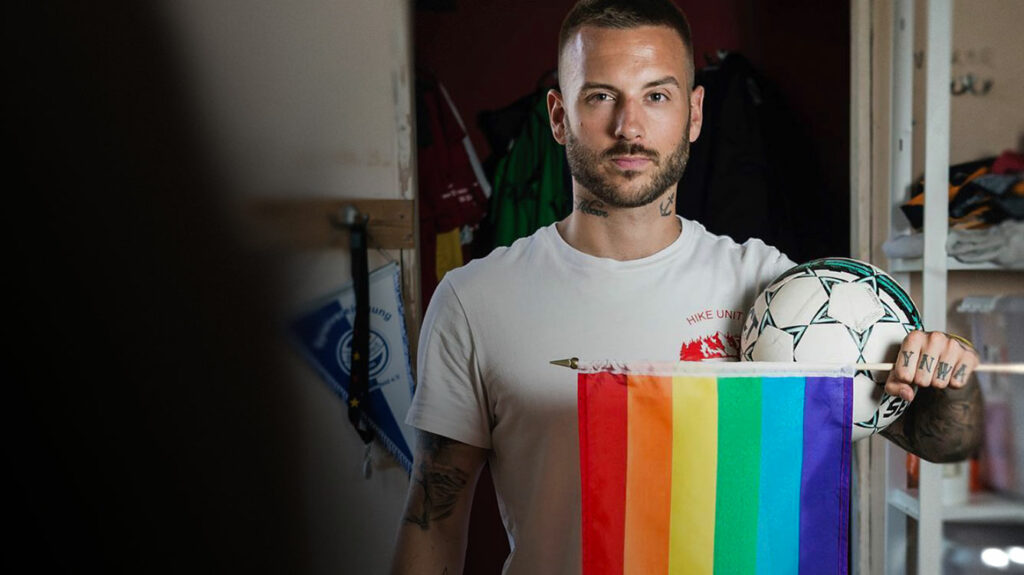 In last week’s episode of the #YouAreIncluded podcast, Swedish footballer Antonio Hysén gave us the story about the events leading up to his decision to come out ten years ago and what has happened since that day in 2011 when the football magazine Offside published the article that would become world news.

But there is also another story emerging when reading the original story in the magazine. The one of a concerned and loving father, the former football star in Liverpool FC, Glenn Hysén, and his own personal struggle with a homophobic sport’s world, when he realises his 16 year-old son is gay.

Antonio’s mum was the one who first told his father he was gay. On the other hand, his father was the one who outed his son to a journalist at Offside magazine. ”As me he likes to talk a lot!” Antonio says in the podcast. The outing – accidental or not – resulted in a letter from the magazine asking if he would be interested in doing an interview and talk about being gay in football. Antonio asked his mother what she thought about the idea? She told him to be careful about these things: “The whole world is going to know; coaches, players and friends. Some people don’t like that and some people can push you out the door and not let you play.” His father said: “If that is what you want to do – just go for it. You have our support.”

Being a confident 20-year-old, feeling safe and loved, his first initial thought was he didn’t care what people would think or say about him. So he answered the football magazine he was fully aboard with it. ”Probably it would not lead to any bigger attention than to some headlines in the Swedish newspapers for a couple of weeks.” he thought.

One cannot help to think the fact that Antonio Hysén had the courage to come out is also connected with his famous football father in 2007, four years earlier, giving the inaugural speech at Stockholm Pride. Many in the LGBTI + community protested loudly against him giving the speech. Six years earlier, Glenn Hysén himself had been accused of homophobia when he hit a man who molested him at the Frankfurt airport. In the speech, he explains his actions was not based on homophobia, but out of fear and that he defended himself against a physical attack that violated his integrity. But what he really emphasises in the speech is an acknowledgment that the macho culture in football oppresses many who have a different sexuality. “We claim that sport is good for all young people while the tone in the changing rooms is raw and discriminatory. How easy is it then for a 16-year-old boy to come out as gay in front of his teammates?” he asks. What no one then knew was that it was his own son, Antonio, he was talking about.

Not the first professional footballer to come out

Antonio was not the first professional footballer to come out in the world. Prior to Antonio, thirty years ago last year to be exact, English footballer Justin Fashanu appeared in an interview in the tabloid The Sun, confessing he was gay. The gay rumour had started early in his career and the reaction of the football world and Fashanu’s own family was far from as positive as for Antonio Hysén. While Antonio’s family, coaches and teammates were understanding and supportive, Justin Fashanu was harassed and ridiculed. After the interview, he got no more full-time contracts, and his football career was definitely over. In 1998, Justin Fashanu took his own life after being accused of raping a seventeen-year-old.

When homophobic hatred in football has such tragic consequences, perhaps it’s not surprising that many young players are afraid to come out? The fear of being singled out and exposed is strong in the locker rooms and out on the football fields.

Antonio and his family had the courage to break the patterns ten years ago, but what happens to those who don’t have a supportive family or an inner strength to resist the homophobic jargon? Have football clubs become more inclusive and welcoming to LGBTI+ people since Antonio came out?

A 2019 survey by Gay Times found 30% of straight fans would find two men kissing at a match uncomfortable and as many as 36% thought homophobia in football was ’not an issue’.

Still asks himself; “Where is everyone else?”

“The debate is stronger and a lot of people are talking about LGBTI+ inclusion in sport more than ten years ago. But obviously you can do a lot more. A part of the education to become a coach, trainer, referee or even a sports director should be about discrimination, racism, homophobia and transphobia. Literally everything in one package” Antonio says.

He is very happy he can see a positive change, but he still asks himself ten years after he came out: “Where is everyone else? He would like to invite his colleagues in professional football to join him at WorldPride and EuroGames in Copenhagen and Malmö this August, where thousands of LGBTI+ athletes will compete in 29 sports tournaments, including football with this call:

“It is not easy. It is going to take time. But you are not alone and we can do it together and tackle homophobia together. Come join me at Copenhagen 2021 – I’ll stand by your side, I’ll look after you, and welcome you out!”

Text by: Anders Kungsman (He, Him, His)

Images: From Instagram with the permission of Antonio Hysén.

Listen to the #YouAreIncluded podcast episode with Antonio Hysén here