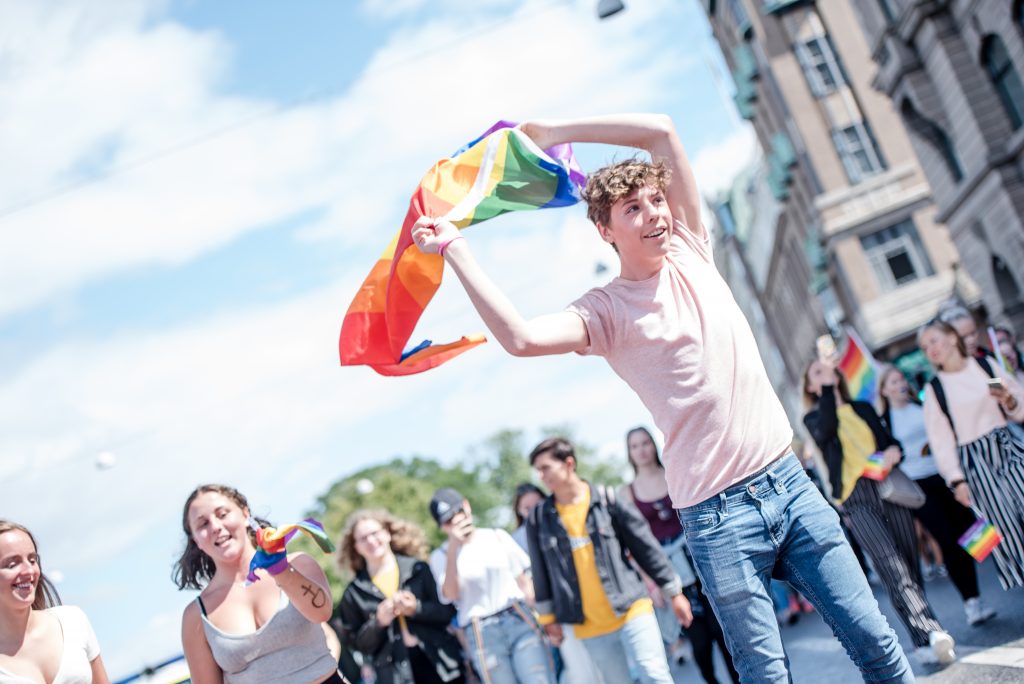 This year’s Copenhagen Pride was bigger than ever before! 40,000 people marched with us to stand up for equality, diversity and LGBTQ rights, and hundreds of thousands of spectators cheered and blew kisses from the sidelines!

In 2021, WorldPride and EuroGames are set to take place here in Copenhagen and in Malmö. It will be even bigger, even more diverse and even more inclusive. We looked through some of the photos from this year’s Pride Week, and we found a bunch that we think embodies our visions for 2021, and we hope for them to prove what we mean by #YouAreIncluded.

1: This kid with rainbows painted on his cheeks. If this proves one thing, it’s that our movement stands on the right side of history and that we’re paving the way to a better world. Photo by Ewa Godd.

2: This picture of volunteers from Cycling Without Age who make sure that seniors can experience the thrill of marching with us. Photo by Ewa Godd.

3: These lovely girls who seem to be elated and excited about what’s taking place on the Pride Square stage. Photo by Tobias Jørgensen.

4: This trans activist who recently became the first trans man to win a national Mr. Gay competition, and who went on to become the first runner up at Mr. Gay Europe. Photo by Tobias Jørgensen.

5: This picture of two guys from the leather community, unapologetically holding each other’s’ hands. Photo by Ewa Godd.

6: These lovely ladies taking a stand for all women’s right to control their own bodies. Photo by Ewa Godd.

7: This picture of one of the volunteers who’ve put in countless hours to make sure that our community can come together, celebrate, march and stand up for our rights. Photo by Bizz Shoots.

8: Those who use Copenhagen Pride as a safe space to kiss, hold hands and show affection in public. Photo by Bizz Shoots.

9: This guy who’s been dressing the city (and his electrical wheelchair) in all things rainbow-colored for years. Did we mention that he knits everything himself? Photo by Ewa Godd.

10: This beautiful picture that gives visibility to the pan and bi community that is too often overlooked and exposed to erasure. Photo by Bizz Shoots. ​

11: This badass drag queen using her performance at Drag Night to let us all know that we matter. Photo by Tobias Jørgensen.

12: All those hundreds of thousands of people who show up to have a good time and who help us take over the streets of Copenhagen, dress the city in rainbow colors and spread love. Photo by Lars Peter Bærendsen.